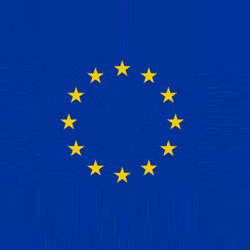 On Tuesday 10th March 2009 The European Parliament in Strasbourg officially approved a Directive Proposal of the Commission aimed to simplify and change the type approval of motor vehicles in Europe.

At the same time this proposal introduces a series of implementing measures imposing mandatory adoption of some proven existing technology including Tyre Pressure monitoring Systems (and ESP).

As for TPMS introduction dates and technical specification this mandate officially requires that (see article 9.2 of adopted text):

"Vehicles in categories M1 shall be equipped with an accurate Tyre Pressure Monitoring System capable of giving, when necessary, an in-car warning to the driver when a loss of pressure occurs in any tyre, which is in the interests of optimum fuel consumption and road safety. Appropriate limits in the technical specifications shall be set to achieve this, which shall furthermore allow for a technology-neutral and cost-effective approach in the development of accurate Tyre Pressure Monitoring Systems."

As for the introduction dates of TPMS, there is a two year phase-in schedule starting from November 1st 2012. Article 13.1 to 13.4 of the adopted text states that all vehicles type approved after this date must install a TPM System. Furthermore all newly registered vehicles after November 1st 2014 must have a TPM System.

TPMS Legislation - In 2000 President Clinton signed the first version of the TREAD Act which required Tyre Pressure Warning Systems to be implemented on Model Year 2004 automobiles.

These were to include all passenger vehicles and light trucks with GWVR of 10,000 lbs and less. A debate continued over the language of the ruling up to 2005 when the final rule was established on April 8 2005.

NHTSA have stipulated that for 2008 all newly manufactured or imported US cars will be fitted with TPMS systems most of which use 'direct' sensors which are either part of the valve stem or banded to the wheel.

These sensors transmit their own ID along with their pressure, temperature and other data to the vehicle ECU and the legislation defines the designated dash mounted warnings for the driver when a Tyre is under inflated/leaking etc.

So all vehicles described in the ruling, made or sold in the US must have Tyre Pressure Monitoring Systems since Model Year 2008. This ruling prompted significant plant system and aftermarket work for our North American operation Bartec USA. The ruling meant that every time you need to rotate Tyres, replace a faulty sensor, change to Winter Tyres or Custom wheels then the ECU needs to be reprogrammed with the new ID and their position on the vehicle. This resulted in a surge in demand for the company's dealer tool products.

The phase in schedule for new vehicles was:

In the rest of the world Bartec Auto ID implemented systems for car companies who were building cars for the US market and some home markets. TPMS legislation around the world is under discussion and the Bartec Auto ID Group is well placed to remain the world leader for the supply of this technology.

Bartec Auto ID are world leaders in TPMS (Tyre Pressure Monitoring Systems). We have installed TPMS read and test systems in over seventy plants for the world's car manufacturers since 1998. This plant work is the reason our TPMS dealer tools are always more up to date than our competitors and our technology is always ahead of the market.

Because Bartec Auto ID sets the ECU up and subsequently tests them in the plant, we have the most up to date technology in the aftermarket. The TPMS tools can be easily reprogrammed and updated through the support website and you can get TPMS tools which work with model year 2016 TPMS sensors now!