Our Campaign for Accurate MOT Testing 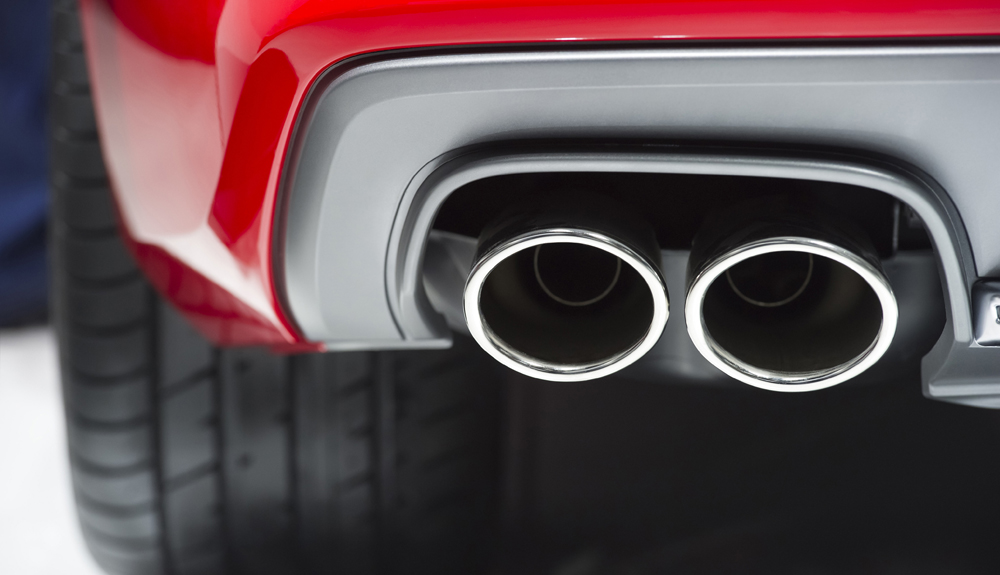 Bartec’s involvement in the automotive industry has evolved massively over the last 25 years and, as experts in this field, we strive to maintain an interest in what is happening within the sector and beyond. This now includes the serious environmental and public health issues surrounding deliberately removed, or failing DPFs, which are not being allowed to do the job that they were originally intended to do.

This is a public health crisis which is relevant to every one of us and much of it is avoidable – it affects the air that we breathe, the pollution in our towns and cities and even the unsuspecting buyer of a second hand diesel car, who needs reassurance that their vehicle is fully compliant.

Official data shows that invisible air pollution is responsible for up to 40,000 deaths per year in the UK. However, 29,000 deaths alone can be attributed to human-made particulate matter air pollution1;2. Much of this air pollution is unnecessary; the problem is believed to be costing the NHS and businesses more than £20 billion per annum2. We all need to be aware of the facts and figures around this important issue.

Latest Update - Our Evidence is published Online on the parliment.uk website 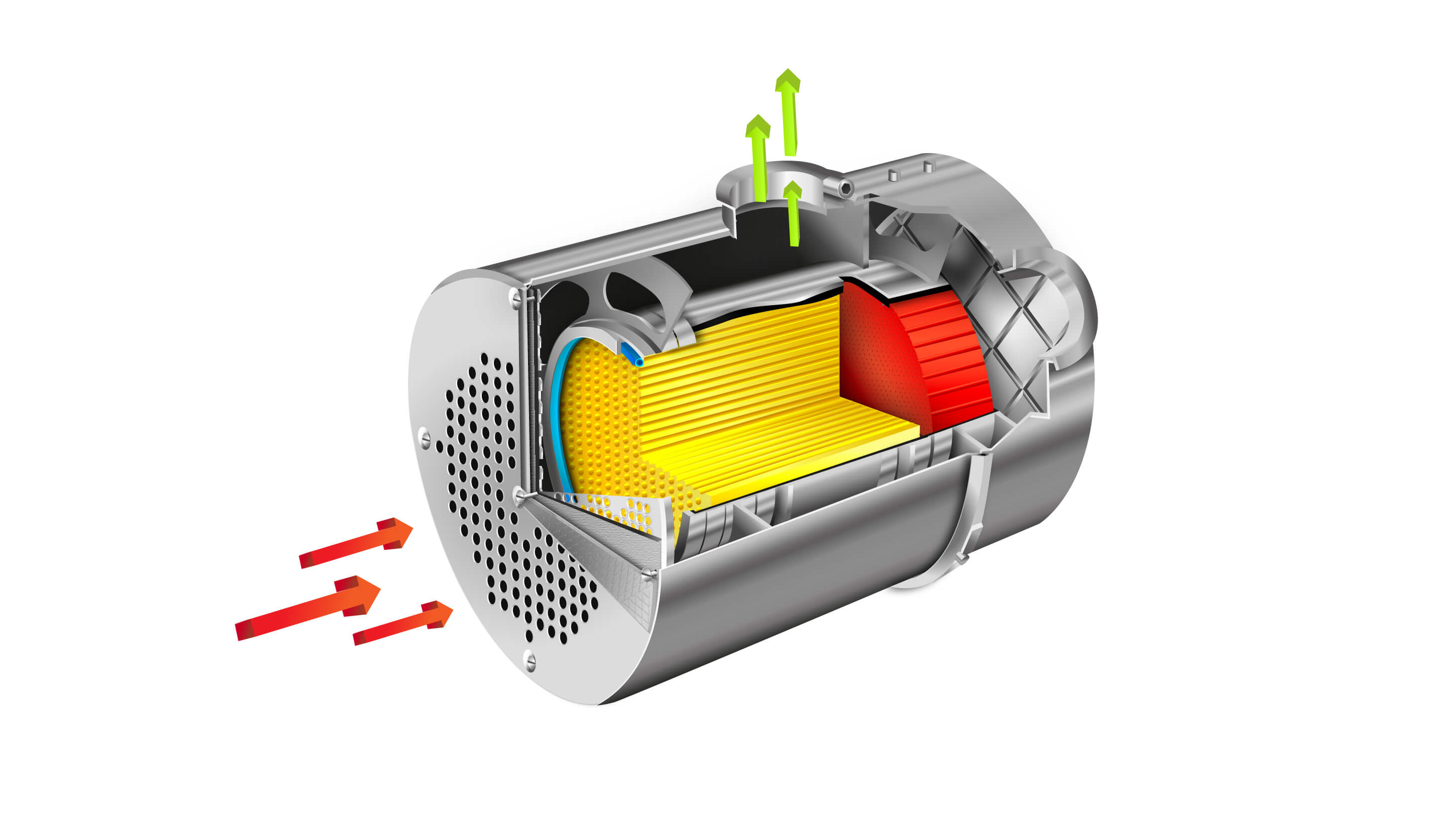 Let’s be clear, there are very strict limits on the amount of particulates which new diesel cars are allowed to emit. The Type Approval is a legal requirement for all vehicles on sale in the EU. Of specific interest are Euro 5 (01/01/2011) and Euro 6 (01/09/2015), which drastically reduced the limit for particulate emissions to a point where, to meet them, it is necessary to filter diesel exhaust using a Diesel Particulate Filter or DPF.

However, older DPFs can leak due to natural degradation of the filter material from mechanical vibrations or impacts, resulting in much higher particulate emissions. Normally, we might expect these problems would be detected by periodic roadworthiness testing (MOT), resulting in those vehicles failing.

Unfortunately, the standard method for testing particulate emissions for an MOT, the metered smoke test, is now widely felt to be completely inadequate to detect malfunctioning or deliberately removed DPFs. There has been anecdotal evidence of even a Euro 5 or Euro 6 car, which has had its DPF removed, easily passing.

What Is A DPF And Why Would Anyone Remove It?

Put simply, the diesel particulate filter (DPF) captures exhaust soot which has to be 'burned off' in order to regenerate the DPF, helping to prevent black smoke and reducing harmful emissions. If it is not regenerated regularly, through longer motorway journeys for example, the filter may need to be cleaned, or even replaced, which can be costly for the vehicle owner.

Deliberately removing the DPF has therefore been seen by some drivers (and companies offering this service) as a more cost effective way of running their vehicle, when this should of course be down to more compatible driving habits to suit diesel vehicles.

Many owners may not be aware that they can be fined up to £1,000 for cars and £2,500 for vans if it is proven that the DPF has been removed. Could that also mean that anyone buying a second hand diesel car could ultimately be liable, even if they did not remove it? That should also make people sit up and take notice.

Nevertheless, it is now believed that the practice of DPF removal or tampering is more widespread than originally thought. This has serious implications for public health and premature mortality caused by smaller, invisible particulates3.

It may also be true that public awareness of the harmful effects of removing DPFs is generally low and much can be done therefore to raise awareness of this. In reality, no one actually knows how many vehicles have been involved. This situation affects all of us, one way or another.

What Is The Government Doing About Tackling Deliberately Removed Or Faulty DPFs?

A DPF check has been part of the MOT test since February 2014. If a filter has been removed, the car should fail its MOT. However, herein lies the issue. The current MOT visual test to ‘detect’ DPF removal and the current smoke test (not originally designed for today’s diesel engines with DPFs) have been recently highlighted as not fit for purpose.

As mentioned, no one yet knows, at this point in time, how many cars have actually had the DPF removed, since it is believed that the current tests are currently set at too high a level to detect this.

Although still under discussion, the government is considering a revised smoke test to detect particulates to half the current emissions levels, from May 2018. However, we can demonstrate that this proposed revised test is still completely inadequate in order to detect the harmful and invisible particulate matter, which will continue to add – unnecessarily - to the premature mortality toll.

In fact, we believe that the most effective limit required for any new MOT test could be up to 50 times lower than revisions being proposed from May 2018. The updated test is therefore still likely to fail to spot that the DPF has been either removed or tampered with and will most likely continue to allow Euro 5 and Euro 6 cars to potentially emit millions of tiny, invisible particulates, which should of course be at a negligible level if the DPF is in place and working correctly.

Unless this situation is addressed, through more sensitive testing measures and equipment, we feel that it is a public health scandal that will have serious and long lasting repercussions.

What Do We Feel Should Happen?

Our goal is to help ensure that any revisions to mandated MOT testing from May 2018 (at the latest) are sufficiently accurate to detect both DPF removal and tampering and to indicate levels of invisible particulate matter, which remains a serious threat to our life expectancy and safety, and to that of our children2.

We are already in contact with the Government and several environmental bodies, both in the UK and other European countries, to highlight this issue. We are also planning extensive tests to measure the scale of DPF removal.

A fully functional DPF is, after all, designed to emit negligible levels of pollution and to meet very stringent regulations already imposed by the Type Approval process. We also therefore support any move to make the deliberate removal of DPF filters illegal, in order to criminalise this unnecessary practice. However, this action alone will not address the unknown number of cars which have already had the DPF removed and which are still polluting the environment.

Crucially, the inadequacy of the MOT testing process and equipment (including proposed government revisions at time of writing) make it difficult, if not impossible, to detect either DPF removal or tampering, let alone to police it. However, whilst carbon particles are inevitably produced in very large numbers during the combustion of diesel fuel and cannot all be seen by the human eye, we are aware of highly accurate technology which could be employed to detect even the smallest of particles, as a simple update to the MOT test. This needs to be considered. 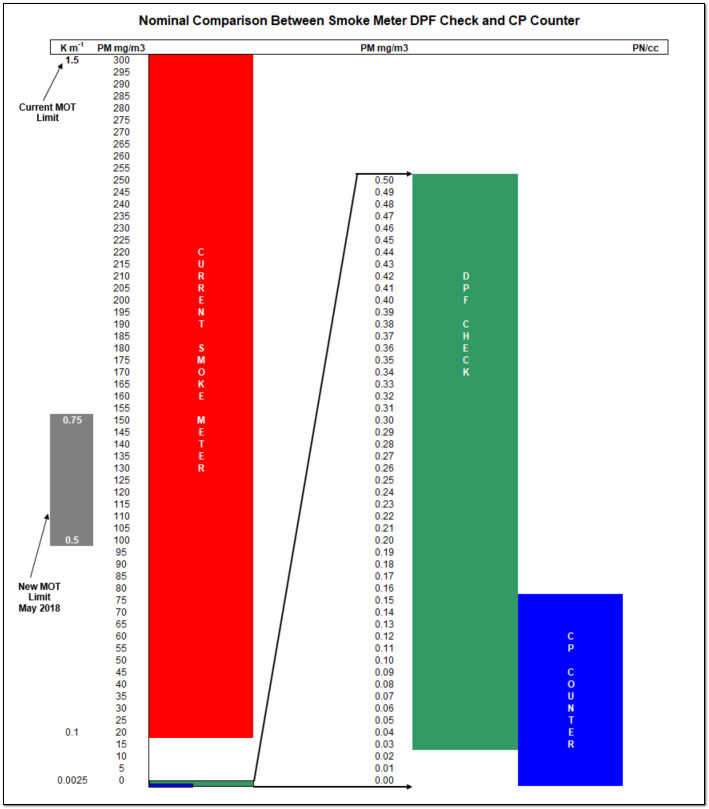 Support our campaign to have a more effective and accurate DPF testing mechanism mandated as part of the MOT test. One which will detect these smaller particles and ensure that vehicles are as clean as they possibly can be, in order to provide the maximum safeguards for public health.